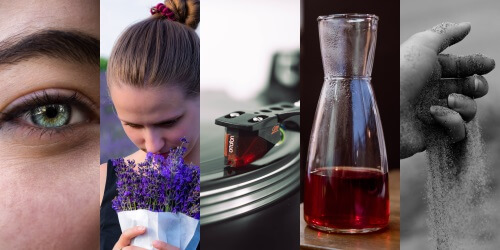 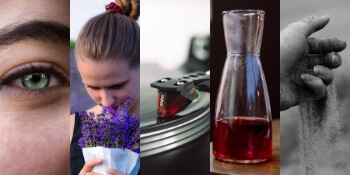 This adventure can be adapted, however at the end of this page is a simple system you can use for a rag-tag group of roleplayers.

A struggling seaside town, attempting to regain its stature after a tsunami wiped it out 6 years ago. Almost half the population was killed in the natural disaster and most of those that survived packed up and left.

The most recent problem is some giant spiders have been feeding on the many young farm animals in town. The adventure picks up as the party, deciding that they wanted to be the ones who solved this problem for the town, have grabbed a farm tool and entering a seaside cave cut out of a small cliff.

GM Note: If possible, players should not have established characters here and all be equal, mechanically.

The town, Helgrum, grew to prosperity under the Lebach family: Sarah, her husband Reginald, and their teenage daughter Abigail. They owned much of the farm land and contributed heavily to trade, construction, and overall town prosperity. What people don't know is that they used dangerous magic to accomplish this goal, stealing too much water and resources from the ocean and upsetting the balance.

They maintained a secret library that housed not only incredible non-magical works about trade, farming, history, and more, but also a single tome with dangerous spells (there are warnings). When the pre-cursor events of the tsunami (ocean pullback) came, they refused to leave not because of hubris, but because they weren't together (Susan returned from the secret library to the mansion just in time for it to hit).

The town is struggling from this loss of knowledge, but whether the (shortcut) tome is the answer or the many other non-magical books is completely up to the party and should lead to further roleplaying opportunities.

You climb inside, the waves crashing just outside of the cave. You are immediately confronted with sticky spider webs clinging to your skin and clothing. You quickly notice the eyes of a giant spider staring at you from the side of the cave wall.

There are two spiders in the cave, and the second should not engage until the 2nd round (if it all). This doesn't have to be a fight if a player wants to try and befriend or tame them. The answer to, "Did I bring…?" is almost always yes here.

There is a beachball sized egg sack in the back of the cave and could be valuable. Encourage the players to bring that back as a trophy (or if destroyed, other spider parts). It's really a setup for a trade with the Gypsy, but it can be argued as proof of their deed.

Sensory Notes:
[pregame] Pull apart the cotton candy and put it into the bag.
Ask the players to feel inside the bag without looking while you read the description, passing the bag around.
Gypsy Merchant

As you head back to town, ready to show-off your trophy, you notice a covered wagon lead by a woman, also covered in many different fabrics, colors, necklaces, and bracelets. She is waving at you to come over with a broad smile across her face.

The party will recognize Shevon, a regular traveling merchant in the town who also has unique interests and wares. Her goal is to acquire the player's trophy and is willing to trade very powerful potions which she retrieves from the wagon. Her personality is positive, trustworthy, and friendly (if not a bit eccentric).

If asked, these potions will "Bring you to your future." She won't say much else. Once she's mixed them (make sure you have already done this!), they will only last 24 hours before spoiling. The effect lasts 20 minutes. She can also make a potion for herself, and drink it immediately in front of the party (i.e. The GM drinks one, demonstrating it's safe for your players).

Sensory Notes:
[pregame] Fill the shot glasses with water and put them on a tray/plate.
When Shevon gets the potions from the wagon, put the tray of glasses on the table. As you talk, squirt flavor into each glass in full view of the players. The potion's effect is the players will be 2 levels higher, mechanically, but also have the memories and experiences from the future. It's a real trip, but can be helpful in combat or to see the future as a memory and help the players move the story forward.
Tavern

The tavern is full with the weekend crowd. The smell of spilled ale, hot food, and sweaty labor fill the room.

If compatible with your system, The players should now give each other a narrative gift; an answer to the question, "What cool signature move do you see {other player} doing?" Each player answers that once for another till everyone has received 1.

The librarian will overhear the party and come over. Tomas survived the tsunami and has been trying to help save the town ever since. He finally discovered that the Lebach family had a tome of great power that helped build this town. The trouble is, he doesn't know exactly where it is, but he has two clues. First, a piece of paper, and second, he knows of a wand hidden within the ruined library of the mansion that somehow combines with this clue to access the secret library.

Sensory Notes:
[pregame] Make the paper clue. Either use this example [#1 | #2] or make your own by writing 4 numbers in invisible ink, then filling in some parts with regular ink to mimic cryptic text.

The wind tears through this abandoned, water-torn mansion. The floor creaks as you make your way to the ruined library. Its books long since rotted, bookcases are toppled everywhere.

The ghost of the father, Reginald Lebach will appear first, confronting and threatening the visitors. They are trapped because they never admitted how much they loved each other, so much so that it cost their lives. Attempt to drive this encounter toward non-combat.

The wand is hidden in a small compartment on the back of a fallen bookcase, noticeable because of the irregular thickness of the bookcase compared to the others. The wand is very light, due to a hollow interior. If you haven't revealed the hidden tunnel location some other way, a crude, fragile map can be found here as well.

Sensory Notes:
Give the invisible ink pen to the players as the wand and they should quickly put it together (just make sure they don't write on the clue card).
Hidden Tunnel

You approach the sewer tunnel to find a loose metal grate and appropriate smell. Strangely, the light doesn't seem to penetrate the tunnel more than a few feet.

There is a slimy black curtain that they must push through. It is magical and also the cause of the false smell. Pushing past it, the smell disappears. The tunnel slightly declines back toward the house and is covered in slime, ending in a glossy, smooth, convex metallic wall.

If the party stands in-place too long, the slime congeals forming a creature which attacks. Only then is the slime acidic and dangerous. To open the door, they must trace the numbers revealed by the wand on its surface. There is an interior button for this door.

Sensory Notes:
[pregame] Put the slime in a bag and try and spread it around.
Do not use an unpleasant smell here, otherwise players won't trust you for the slime!
Secret Library

The library is filled with pristinely kept books in well organized book shelves, covering history, farming techniques, trade logs, and much more. There is a small, uncluttered desk against the wall. The walls themselves are decorated with ornamental swords and even a full suit of armor. In the center of the room is a large tome, encased in a glass box.

The tome is open to a chapter titled, "Water: A Changing Tide" and is an introduction to water manipulation and conversion spells. The glass is also magical and nearly impossible to break. If the wand is touched to its surface, in a fraction of a second the glass is liquified, compressed, and stored inside the wand's core. Touching the full wand to something will encase it in magical glass. This process can repeat ad infinitum.

If the tome is removed and the string undiscovered, there is a magical thread connecting the tome to the podium. When activated, the armor becomes animated, grabbing a sword from the wall and will attack whomever is holding the tome and anyone in the way. It is slow and can be outrun.

A player who resided in town prior to the tsunami may, at this time, remember that there was a drought in the entire region and the town suffered for one season, losing half the crops. They struggled, but survived, but when the drought returned to the surrounding towns, this town was somehow spared.

Characters are made up of 4 attributes: Physical, Mental, Social, and Health. At the start of the adventure, they have 1 in each except Health, which is a 2. The number represents the number of d8 dice they roll, if necessary, to perform a task (e.g. attack with a scythe using Xd8 dice, where X = Physical score.

Players also have a number of signature moves equal to their level. A signature move grants +1d8 and is linked to an action they have successful done Y times, where Y = their current level (e.g. Use their weapon to pole vault/drop-kick their foe, damaging and knocking them down). Once a level 1 character succeeds, that signature move, if repeated, gets +1d8. A signature can be replaced freely by the player.

The highest value rolled is their score. Dice explode and are added to the original value. (e.g. Roll 2d8, a 4 and 8, the 8 explodes and another d8 is rolled, a 2. The highest score is a 10.

While players roll attributes to defend (they can never score less than # of dice rolled, e.g. roll 1-1 on 2d8, defense is 2), monsters do not. Monsters have a fixed defense number equal to 3 + #d, where #d represents the Physical, Mental, or Social attribute (e.g. A monster with Physical 2 would have a static Physical defense of 5, and a monster with Mental 0 would have a static defense of 5).

Defender wins ties. Successful attacks will do 1 damage. Attackers rolling and getting at least twice the defense score do 2 damage. Damage is removed from Health first, then Physical until both are reduced to 0, killing monsters and knocking players unconscious. Reduction to Physical effect the number of dice used in Physical rolls, but are temporary till they are healed.
Example: Monster has 2P, 1H. Player attack score is 10, monster defense score is 5. 2 damage is applied, reducing H to 0 and P to 1. The monster now only rolls 1P die when doing a Physical action and will die when it takes 1 more damage.

Healing within combat is at GM discretion (i.e. I don't have rules for that yet). Healing outside of a threatening situation is narrative. Players can heal their Physical and Health damage to full in a few minutes.

Roll the target Save number or higher. Can be tried once per turn as a simple activity and doesn't interfere with a main action.

Include a d6 die on the table for the players. Once per round, any player can use the Style Die (d6) as an additional die in their role; it explodes just like the d8 dice. Narratively, they should describe doing something with style or flair. The goal is to mechanically encourage creative things (e.g. sliding between spider's legs as they stab it).

Leveling (including temporarily, from the potion)

When gaining a level (this happens in this adventure in the Tavern, after the first encounter; their new signature gained is automatic, the gift from the other player), players should add 1 to any attribute of their choice.